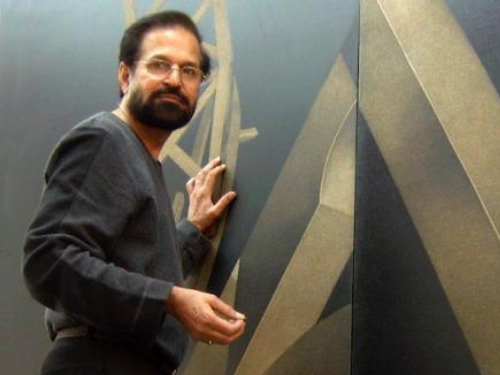 Rameshwar Broota was born in 1941. Initially his works depicted laborers and their struggle in daily life which later in the 70s changed into satirical works highlighting the collective corruption. In the 1980’s, he started making human nudes. His style evolved into distinctive textured works in black and white emphasized by blade scrapings. Broota studied Art from College of Art, New Delhi and taught there too. He also taught at Triveni Kala Sangam, New Delhi. Broota’s experimental forays have co-existed with his teaching of generations of students and his art classes are well known for their professionalism. He has exhibited his works in numerous national and international shows. Broota works and lives in New Delhi